In early 2020, South Africa has welcomed and hosted the ’27th Delegation Visit for Leaders of German Higher Education Management’, organized by the International DAAD Academy. In the second week of March, 20 Presidents, Vice Chancellors and Registrars from German universities visited South African higher education and research institutions, ministries and the National Research Foundation (NRF) as well as German partner institutions such as political foundations or the German Agency for International Cooperation GIZ. During the meetings delegates received in depth insights into the South African higher education system as well as into current research focal points of the respective institutions, and were able to directly reach out for potential further cooperation partners. The delegation was accompanied by the Secretary General of the DAAD, Dr. Dorothea Rüland, and Lena von Eichborn, Head of the International DAAD Academy.

On March 12, the delegation visited the University of the Western Cape. Umesh Prawa, Head of the university’s International Relation Office, was responsible for the visit and led the programme, supported by his team and further colleagues. After a profoundly informative input by different UWC Departments, led by UWC Deputy Vice Chancellor Prof. Vivienne Lawack, hosts and guests were able to network during a fingerfood-lunch.

Delegates on their way to the meeting on UWC campus.

For the Centre, it was a particular highlight to meet RUB’s Rector Prof. Dr. Axel Schölmerich and Chancellor Dr. Christina Reinhardt who were part of the delegation, together with the Secretary General of the DAAD, Dr. Dorothea Rüland.

Meeting with the heads of the Ruhr-University Bochum Chancellor Dr. Christina Reinhardt and Rector Prof. Dr. Axel Schölmerich; behind: Prof. Julian May, Director of the NRF-DST Centre of Excellence in Food Security at UWC, Director of the ISD and one of the four Steering Committee members of the SA-GER CDR and Ruth Knoblich, DAAD Lecturer in Development Research at SA-GER CDR.

A historical campus-walk formed the last part of the UWC visit. Prof. Premesh Lalu, Director of the DST-NRF Centre for Humanities Research at UWC, offered impressive insights into the university’s history and its role during apartheid’s times.

Prof. Premesh Lalu guiding the delegation through the University of the Western Cape-Robben Island Mayibuye Archives housed in the main library at the UWC; in the middle: RUB’s Rector Prof. Dr. Axel Schölmerich next to Dr. Lisette Andreae, Counsellor, Head of Education, Science, Research and Technology, Embassy of the Federal Republic of Germany, Pretoria.

Delegation in front of the Malangatana mural inside of the UWC library, in the middle: Prof. Premesh Lalu; at the very right: Prof. John-Mark Iyi, Faculty of Law / DAAD South African German Centre for Transnational Criminal Justice TRANSCRIM.

The delegates later emphasized how much they enjoyed their time at UWC after participating in such multifaceted programme. They particularly underlined how impressed they were by the university’s spirit and engagement, and that they were able to set up valuable new contacts for further cooperation. For the Centre, it was a very special moment of making its networks visible: its network between former and current students, between colleagues from all institutions involved, between the leading level of UWC, RUB, and the DAAD as the Centre’s funding organization. 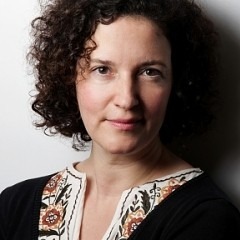