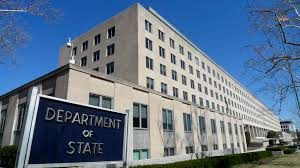 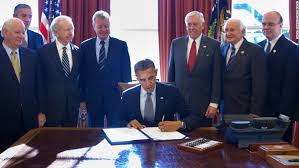 On 27th August 2019,Ismail Ajjawi a  palestinian student admitted to Harvard University was detained at Boston International Airport, denied entry into the United States and his visa was cancelled. According to a statement issued to the Harvard Crimson by Ismail Ajjawi the immigration officers deported him after they disapproved of his friends political comments on social media.

This comes weeks after the US Department of Treasury’s Office of Foreign Assets Control sanctioned the former inspector general of  the Uganda police force General Kale Kayihura under the Global Magnitsky Act.The Department also publicly designated his spouse, Angela Umurisa Gabuka, his daughter, Tesi Uwibambe, and his son, Kale Rudahigwa.

The United States  federal government agencies in particular the Department of Homeland Security and the Customs and Border Protection Agency have expanded their social media monitoring programs. At the beginning of June 2019 the United States State Department issued a social media policy for all visa applications. The policy requires all visa applicants to submit social media accounts they have used in the last five years including emails and accounts with end to end encrypted messaging applications like whatsapp and telegram.

The United States  Customs and Border Protection Agency uses social media monitoring  software. The most notable software is dunami a product of a silicon valley  company PATHAR linked to a CIA venture capital firm called In-Q-Tel. These digital tools were initially designed to determine networks of association and the potential of radicalisation on the war on terror. However the tools can also be  used to collect data points on individuals for foreign policy interests .

American soft power is declining in a world where the global agenda is shaped by twitter feeds. Two years ago,President Donald Trump’s  budget director, Mick Mulvaney, proclaimed a hard power budget that would have slashed funding for the State Department and the US Agency for International Development. Uganda is beginning to experience this american foreign policy hard power through the Global Magnisky Act.  The United States to deny several senior  ugandan government officials visas after years of mutual  coperation is totally unprecedented. I may not have evidence to substantiate my arguments but the United States must have collected a treasure trove of data points on these individuals and their affiliates to have an evidence based reason to deny them visas.

Uganda with a social media tax regime is a very unique country when it comes to social media. Interesting social media cases include but not limited to city lawyer Fred Muwema v Facebook, Havard Student Hillary Seguya’s suit against  President Yoweri Museveni for blocking him on twitter and Dr. Stella Nyanzi’s conviction for cyber harassment.

This year the  Uganda Communications Commission a regulatory body hired a social media monitoring personnel and issued a policy for social media influencers to register with the commission. A time has come for Ugandans and the world  to pay critical attention to their digital footprint. Social media is influencing domestic and foreign policy way beyond our likes and shares.