CEGLA Partners: Bringing together local expertise in the training for future leaders on the local level 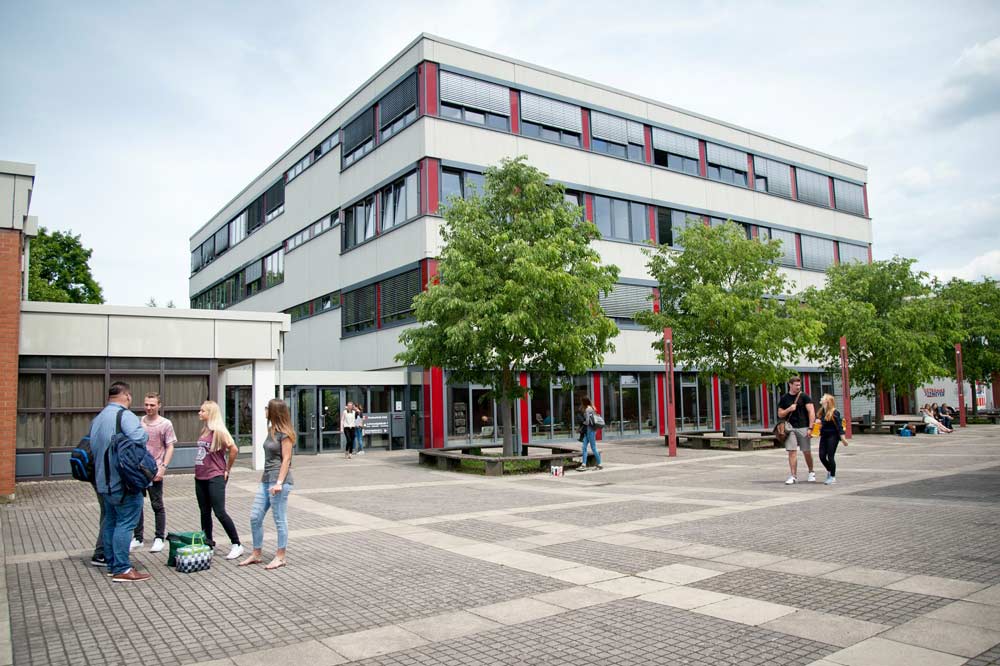 The University of Public Administration in Kehl is one of the most renowned institutions of its kind in Germany. It was founded in 1971 and enlarged in the 1980s. Currently, the University employs 42 full-time professors and approximately 250 visiting lecturers. The sole purpose of Kehl University is to prepare its students for careers in public service. This means training students for positions at the management level in German public service, whether in state agencies and departments, in municipalities, in counties or in other public corporations, institutions and foundations subject to state supervision. The University cooperates closely with Ludwigsburg University of Public Administration and Finance. The graduates often take on management positions immediately after having finished the program, especially in smaller municipalities. Many mayors have completed his training for the management level in German public service, which also plays such an important role in larger municipalities and in the state administrative offices that one speaks here of the ‘backbone’ of administration. The second key task is to offer new training services for the staff of local and regional authorities. Associated with the university are the Kehl Academy for Advanced Training and the Euro-Institut Kehl-Strasbourg, which mainly trains public administration staff from France, Germany and Switzerland. Applied research is a key part conducted at the University’s Institute of Applied Research. It offers ENTO members, the Council of Europe and the European Union; the organization of international seminars and the summer school, expert missions, and cooperation in project research. The University is twinned with various public and private institutions all over the world. The main activities resulting from this active partnership are exchanges of teachers and students, joint seminars and workshops, study visits and cooperative development of curriculum teaching materials. Training, organizational and staff development and project consulting are implemented at local, regional, national and European level. 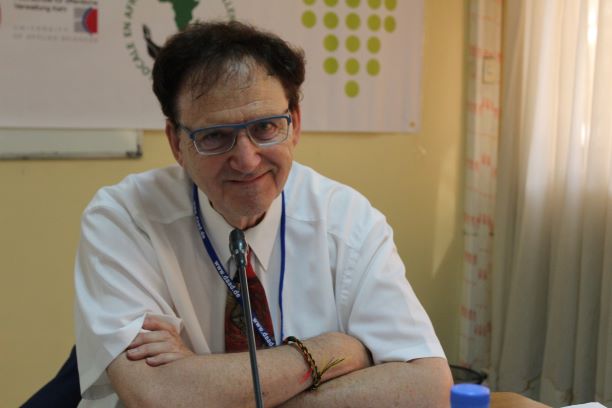 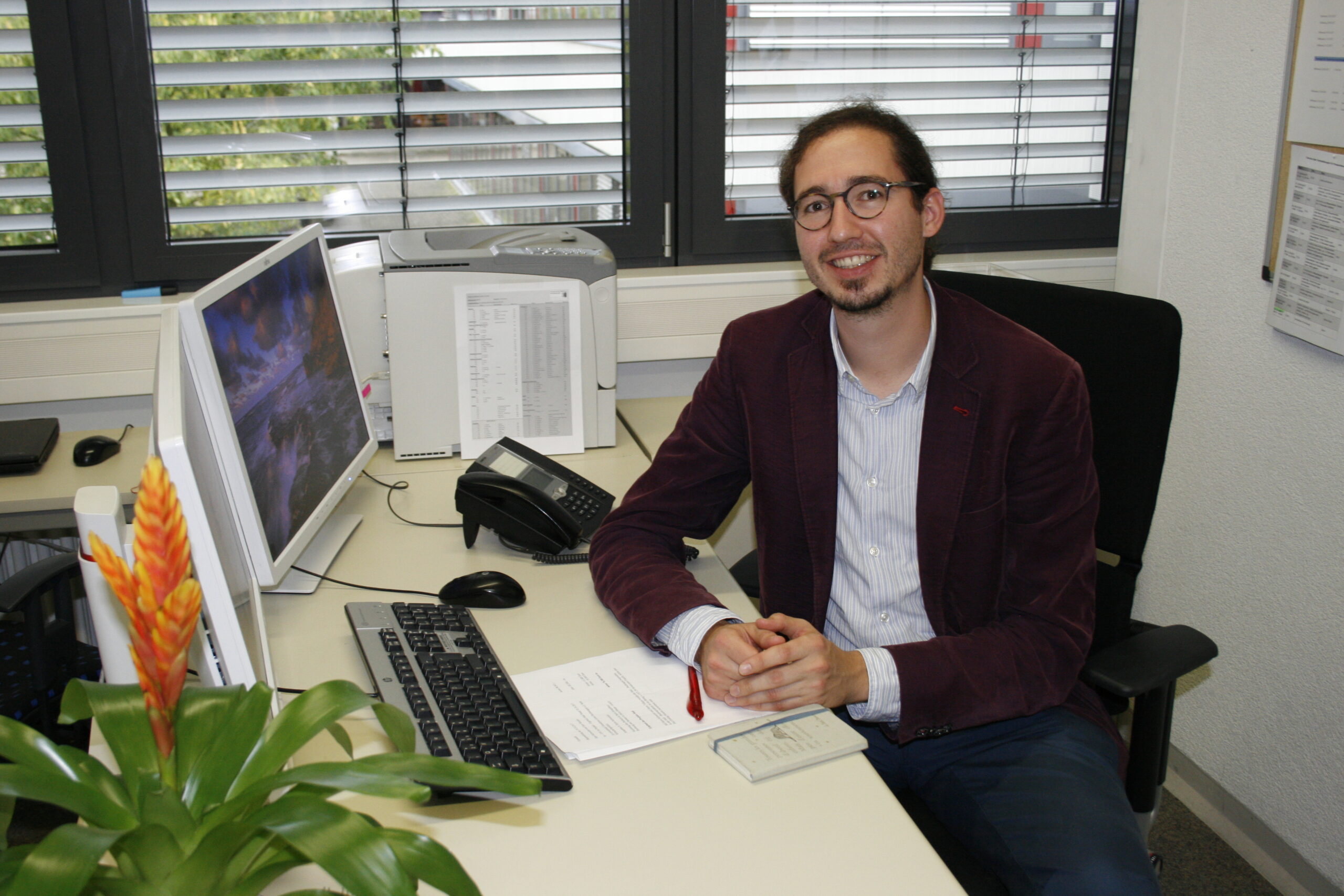 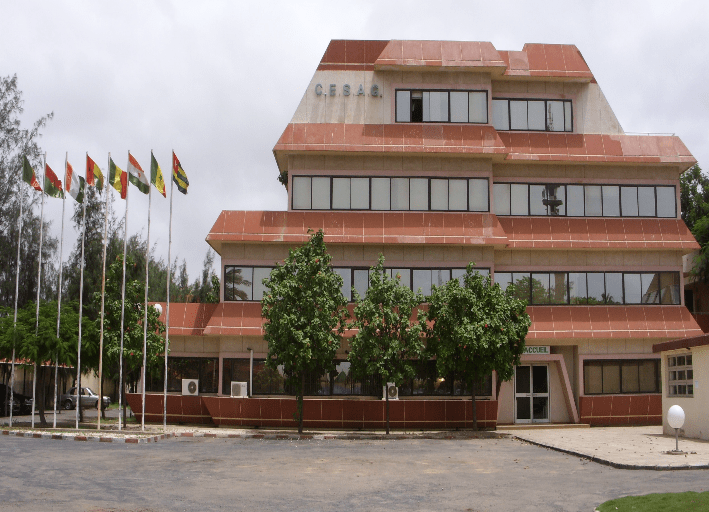 CESAG is a Public Establishment for International specialized training, consulting and management research. Created in 1985, it quickly rose to the rank of the best management schools in Africa and today constitutes a real alternative to the great management schools of the North. CESAG mission is to contribute to regional integration, through training, consultation and research in management, for the sustainable development of Africa. In order to meet this mission, CESAG has embarked on a process of strategic repositioning with a performance contract, to make it a higher education and research establishment of international stature. To do this, the Center has adopted a new vision, new organizational values ​​and a revisited educational offer adapted to the trends of the international market. These perspectives are supported by performance levers centered on good governance, Quality Assurance and Results Based Management (RBM). As a vision, CESAG aims: “The African management school, of world reference, accessible to all social strata, integrated into a network of prestigious institutions, led by a competent and committed team, which uses a cutting-edge technology in a peaceful working environment where transparency and fairness reign, to provide the continent with a professional elite of managers. 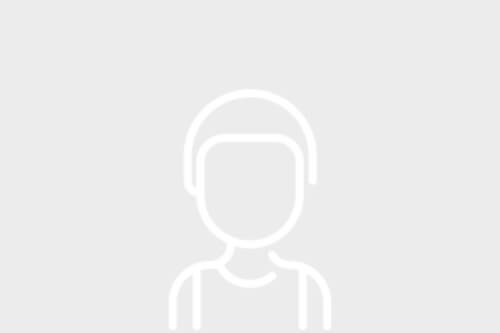 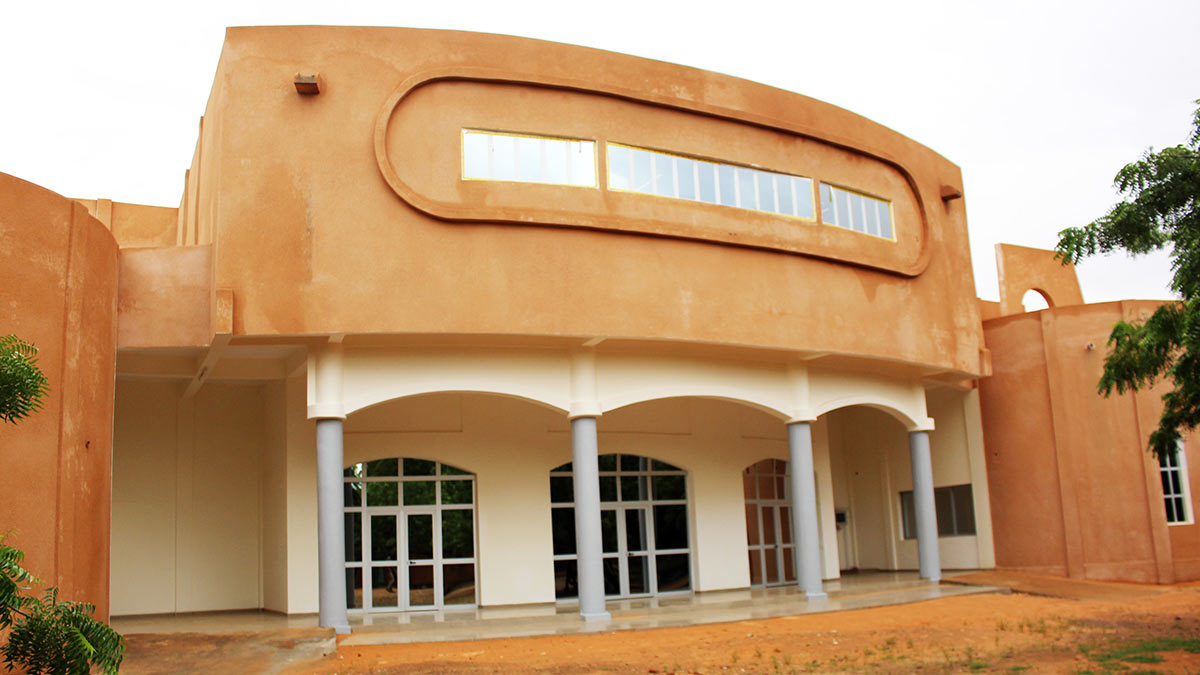 Established in 1971, the Niamey Higher Education Centre became the University of Niamey in 1973, and took the name of Université Abdou-Moumouni in 1992. The current name of the university is a tribute to Abdou Moumouni, professor of physics, rector of the establishment between 1979 and 1983. UAM is made up of five faculties, three research institutes, three university institutes of technology and one school.

University of Law and Political Sciences of Bamako (USJPB), Mali 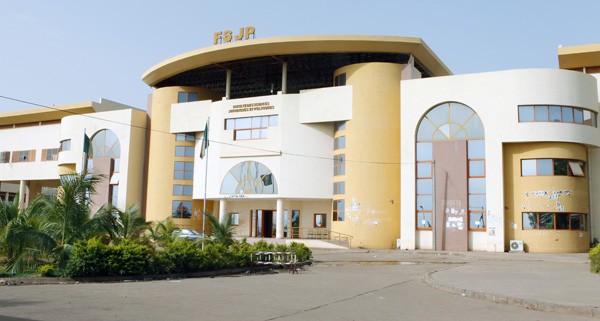 The University of Legal and Political Sciences of Bamako (USJPB) is a public institution which was created by order No. 022 / PRM of September 28, 2011 following the split of the University of Bamako into four distinct entities.

LASDEL is a laboratory of social science research situated in Niger and Bamako, conducting qualitative studies to empirical basis (socio-anthropological field surveys), according to international quality standards, founded in 2001 in Niamey (Niger) and extended in 2004 in Parakou (Benin). It currently brings together, out of the total of the two sites, twenty-six African researchers; eleven hold a doctorate (of which 2 are authorized to supervise theses). All the others hold at least a Diploma of Advanced Studies (DEA) or Masters, and in the course of a doctorate. It has an international scientific council of eight members, and has signed partnership agreements with the Abdou Moumouni University of Niamey (Niger), the University of Abomey-Calavi (Benin), the University of Parakou (Benin), the Ecole des Hautes Etudes en Sciences Sociales (France), the Research Institute for Development (France), and the Center for African Studies in Leiden (Netherlands). LASDEL collaborates, within the framework of its research programs in Niger, Mali, Burkina Faso, Ghana and Benin, with many researchers and research institutions, in Africa (ISH in Mali; University of Legon in Ghana, Ace-Recit in Burkina Faso) and elsewhere (University of Roskilde, Denmark; University of Mainz, Germany; University of Uppsala, Sweden; EHESS and IRD, France; University of Geneva, Switzerland; University of Louvain-La-Neuve, Belgium ; ODI, United Kingdom; University of Florida, USA). 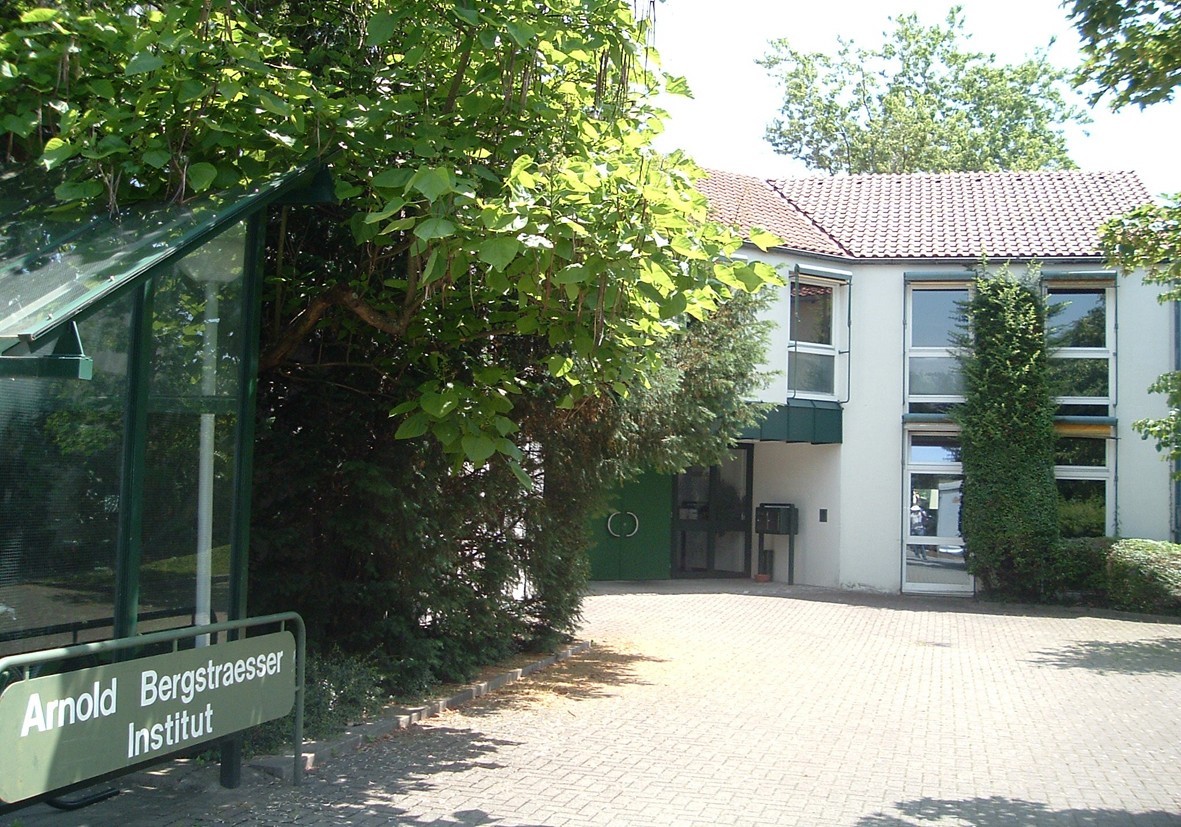 The Arnold Bergstraesser Institute (ABI) is one of the most important research institutes in Germany in the field of comparative regional research. As an independent, non-profit research institution, it is affiliated with the University of Friborg. The institute was founded in 1960 by the professor of political science and sociology of the University of Friborg, Arnold Bergstraesser. In addition to the conference rooms, the independent building offers office space for visiting scientists. The institute receives its core funding from the state of Baden-Württemberg. Additional funds from third parties are collected through scientific institutions and development organizations. The scientific objective of the institute is the transformation of power, state structures and social conflicts in Africa, Asia, Latin America and the Middle East. The main areas of research are: Conflicts and fragility, Governance as a negotiation process, Flight and migration The institute stands out for its comparative and interdisciplinary approach as well as its mix of methods. Field research, in-depth regional expertise and regional contexts are central concerns. The ABI library specializes in political, social and cultural changes in Africa, Asia, Latin America and the Middle East. With a stock of 85,000 monographs and 150 journals, it constitutes one of the most important collections in the field of regional development and research in Germany.