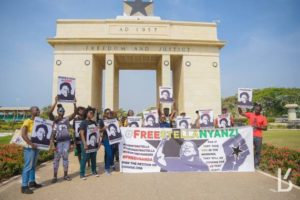 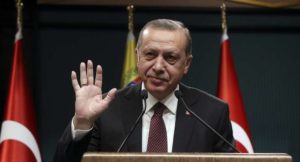 Around the world today, Turkey, Hungary , China, Syria, Iran & Uganda, scholars  and academics are attacked because of their words,  ideas and their place in society. Those seeking power and control work to limit access to information and new ideas by targeting scholars, restricting academic freedom and repressing research, publication, teaching and learning.

Scholars ask difficult questions and that can be threatening to authorities whose power depends on controlling information and what people think. When academics are silenced or subjected to self censorship their communities are disadvantaged. Every year thousands of academics across the world are harassed, censored tortured and killed. The persecution of academics has occurred repeatedly in the course of human civilization. Notable examples are the migration of the Greek scholars from Constantinople to Italy, the expulsion of the Huguenots from France , the intelligenzaktion of scientists and academics in occupied Poland and the arrest of Sudanese  biology Professor Farouk Mohammed for teaching evolution.

The crime of persecution has always been subject to debate and raises fundamental questions.

Is persecution an independent international crime ?

Does the crime of persecution require a connection element?

Article 7 of the ICC Statute in the verbatim states that a “crime against humanity” means any of the following acts when committed as part of a widespread or systematic attack directed against any civilian population,with knowledge of the attack The ICC statute further describes the crime of persecution in (Article7(1)h) :Persecution against any identifiable group or collectivity on political, racial, national, ethnic, cultural, religious, gender as defined in paragraph 3, or other grounds that are universally recognized as impermissible under international law, in connection with any act referred to in this paragraph or any crime within the jurisdiction of the Court. The statute goes on to  provide that for the purposes of the above : Persecution means the intentional and severe deprivation of fundamental rights contrary to international law by reason of the identity of the group or collectivity.

The ICC elements of crime provides the following  constitutive elements for the crime of persecution including the mental element as follows:

The other dilemma that has emerged is the problematic formulation by the International Law Commission (ILC) work on the proposed crimes against humanity convention. The ILC formulation provides for a rather troubling connection requirement for the crime of persecution with specificity to geneocide and war crimes. Article 3(1)(h) of the Draft ILC Articles reads as follows: Persecution against any identifiable group or collectivity on political, racial, national, ethnic, cultural, religious, gender as defined in paragraph 3, or other grounds that are universally recognized as impermissible under international law, in connection with any act referred to in this paragraph or in connection with the crime of genocide or war crimes. The chairman of the ILC drafting committee Mr. Mathias Forteau stated in his report that the act of persecution defined in sub-paragraph (h) refers to any act “in connection with the crime of genocide or war crimes” while the ICC Statute refers to “any crime within the jurisdiction of the Court”.

Scholars like Professor Gerhard Werle in the second edition of his book principles of international criminal law explained that “The requirement of a connection was intended to take account of the concerns about the breadth of the crime of persecution. With this accessorial design, the ICC Statute lags behind customary international law, since the crime of persecution, like crimes against humanity, has developed into an independent crime”

Academics and scholars do belong to an identifiable group or collectively because of their scholarship. Perpetrators especially repressive and dictatorial regimes target such person or persons by reason of their identity as a group. The perpetrators often severely deprive, contrary to international law, one or more persons of fundamental rights. It is important to note that the crime of persecution as a crime against humanity is not about numbers, the text of the elements of crimes uses the word “person or persons”. In Turkey as of 2016 approximately 23,400 academics were persecuted by the Turkish authorities. In Uganda as of December 2018 Dr. Stella Nyanzi was arrested and 45 academics at Makerere university were sacked without due process. The appaling  emergence of  academic perseuction across the globe needs to be viewed from an international criminal justice persective.

In sum the travaux preparatoires among government delegates during the negotiations of the ICC Statute clearly illustrates that the connection requirement was simply a compromise clause and merely a jurisdictional filter. I do believe that the requirement of a connection to other crimes was simply used as jurisdictional filter considering the scope of persecution as an international crime. The unsettled field of international criminal law often tends to create new constituencies that ought to be subjected to further academic interrogation. The need to moot a conversation on academic persecution as an international crime  is not only neccesary it is timely.

Samuel Matsiko is a research fellow at the Amsterdam Center for War Reparations.He is also an early-career investigator  with the EU Cost Action“Justice360– Global Atrocity Justice Constellations”  .