Support
Log in or Register
Home Blog A short story about the ‘Digital Initiative for African Centres of Excellence’ (DIGI-FACE) and why DIGI-FACE uses Moodle.
26.07.2021 | DIGI-FACE | Paul Webb

A short story about the ‘Digital Initiative for African Centres of Excellence’ (DIGI-FACE) and why DIGI-FACE uses Moodle.

In 2019 the Deutscher Akademischer Austauschdienst (DAAD) – or German Academic
Exchange Service in English, sent out a call for proposals for the digitalisation of their
Centres of African Excellence. The DAAD supports African universities and established
Centres of Excellence to improve the quality of education they provide and to increase
their research capacities. Through this support future decision-makers in Africa are trained
in a manner that is aligned with international standards. There are a number of centres
across Africa – you can familiarise yourself with the centres as well as their specialties by
visiting digiface.org.

In response to DAAD’s call, a consortium of universities in Germany and South Africa put
their ‘heads’ together and developed a proposal to address the needs identified by DAAD,
putting together a plan they believed would best serve the Centres of African Excellence.
The proposal centred on developing and implementing an interactive digital learning
platform as well as multidisciplinary online training courses.

A key component of the proposal was that it was to be framed within the specific challenges
of introducing technically enhanced training and learning capacities in the African context.
In particular, the proposal targeted developing and supporting the digital capacities of
postgraduate students, their supervisors and researchers in the DAAD Centres of African
Excellence.

The project award
On the way to Dakar for the 2019 Annual Centres of African Excellence meeting, the
DIGI-FACE team heard that they had won the bid. At that time neither the DAAD nor the
consortium members had any idea of what was in store for them. They had not the slightest
suspicion about the terrible events that would happen in 2020, or the synchronicity of
events to come with what they were proposing.

What tipped the scales for DIGI-FACE?
The proposal writing team recognised that, while online education had become increasingly
popular in recent years, the approach is not without risk, and that it is essential to design
digital learning systems and e-learning tools and procedures in a way that minimise the
chance of participants “dropping out”. This recognition was one of the first things that
tipped the scales.

The fact that DIGI-FACE promised to create a ‘bespoke’ digital platform also tipped the
scales. In other words, DIGI-FACE would design and produce a platform that catered for
all of the needs sketched out by the DAAD – a platform that not only catered for teaching
and learning but also for interaction via shared project management, publications, member
sites and blogs. It would also incorporate the DAAD Alumni site.

Finally, another important factor that tipped the scales was that it was envisaged that staff,
students and alumni at African universities would become active multipliers who promote
professional exchange within their universities and between other centres. The multipliers
would develop interactive learning communities, apply modern communication and digital
learning strategies, and become members of national and international networks.

Portal or platform?
It was in Senegal, while in conversation with the DAAD principal for the project and walking
in the leafy suburban streets above the harbour and beach, that another perspective on the
project became clear. She argued that we were not producing a platform, but a portal to
multiple platforms. A door into the wonderful world of DIGI-FACE. This portal would open
into a number of platforms that allowed members to blog, use the project management
system, find other members and their publications, produce modules on the Moodle
platform, etc. I liked this description. It was so beautiful. But when I shared it with others on
the team they said “No. It is a platform which hosts a number of other platforms”. Who is
right? Who knows? Is it important?

What is important though is why we chose Moodle as our teaching and learning platform.

Why we chose Moodle
Before we finalised the project proposal some argued that we should develop our
own learning management system (LMS). But there are already a number of learning
management systems out there that have transformed the way that we are able to deliver
education and training. If we can access them, they allow us to communicate, collaborate,
foster engagement, deliver feedback, curate, share resources and much more. Moodle is
an example of an LMS software application for the administration, documentation, tracking,
reporting, automation and delivery of education and training courses. The difference is that
Moodle is open source and has been used around the globe to create dynamic courses
that extend learning, anywhere, anytime. Another important aspect is that changes can be
made to Moodle’s open source code, and various plugins can be installed to customise the
platform, so Moodle can be configured to suit users’ particular needs. In other words, it
can be made ‘bespoke’ to any particular user’s needs.

Moodle is used far and wide, and has been translated into more than 100 languages. It
is the LMS of choice for institutions like The Open University of the UK, Vodafone, Shell,
the UK government and The American Red Cross (to name a few). It is incredibly popular
because it is easy-to-use, customisable, and free. For all of the reasons above and more,
Moodle is DIGI-FACE’s LMS of choice.

Why was Moodle developed?
Moodle was developed by someone who lived in the remote Australian outback. Very few
people live in the vast area called ‘the outback’. The school-age population in the outback
is too small for a conventional schooling, so the Australian School of the Air was developed
using radio. Everyone had to tune in at pre-determined times to get their primary or high
school lessons. All they could do was listen. Their ‘platform’ was the radio, or ‘wireless’ as
it was called in those days.

Moodle was released in 2002 with Martin as its CEO. Martin was one of the ‘good guys’.
He released Moodle as open source software, which means that no one has to pay any
licensing fee. Moodle users also have the freedom to change the software to suit their
needs. Martin’s goal is for Moodle users worldwide to be able to share their expertise and
to contribute to constantly improving the platform. What a guy! 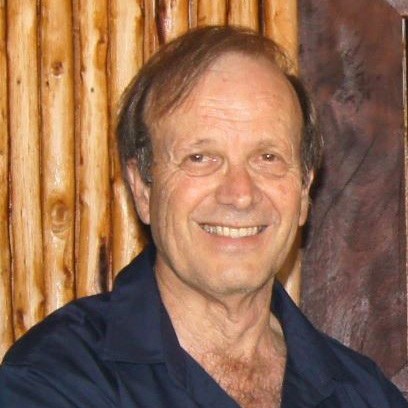