Sarah Jemutai and Janet Chipchirchir Ronoh are DAAD/CERM-ESA Master’s scholarship holders from Kenya registered at Nelson Mandela Metropolitan University (NMMU) in South Africa. Here, they narrate what they experienced as they conducted their field work and generated data for the first time as postgraduate research students.  Sarah’s study focuses on ‘the effect of using a six-brick duplo block guided play approach on pre-school learners’ visual perceptual abilities’, while Janet’s is exploring ‘indigenous knowledge in the school curriculum: teacher educator perceptions of place and position’. Both students are conducting their studies in South African and Kenyan schools and have successfully defended their proposals in May 2016.

I conducted my field work and generated data with five to six year old pre-school children in a middle income primary school in Port Elizabeth using a mixed-methods quasi-experimental pre-post-test design. I began the data generation process by administering a written pre-test on the learners’ visual perceptual abilities where learners had to discriminate between patterns which progressively became more complex. The same test will be used as a post-test after the six-brick Duplo block guided play approach intervention has been completed.

Prior to the testing, the class teacher introduced me and Ms Amina Brey, who had worked with the learners previously, my supervisor, Prof Paul Webb, and five fourth year psychology students who assisted with the pre-testing. We took out the Lego bricks and displayed them to the students, explaining that those were colourful toys which we were going to use for playing. We talked with them gently so that they were not intimidated by our presence. The learners were very disciplined and patiently waited for instructions to be given. The experience was a huge learning curve for me as I had mixed feelings before the pre-testing. I had imagined that the learners might be nervous, but to my great surprise, they were carefree and seemed fascinated by the toys and what they could build with them. Without the support of my supervisors, Prof Paul Webb and Prof David Serem, Ms Amina Brey, the psychology students, as well as the learners and teachers in the participating schools, I would not have progressed as well as I did and I would not have successfully administered the tests. 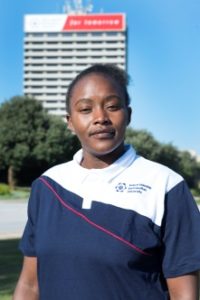 Janet’s narrative on using an imbizo as a method

I had my first data generation experience at a comprehensive South African university where the study participants were isiXhosa speaking academic staff who were familiar with the story of Nongqawuse and the cattle killing episode of the history of amaXhosa. An adaptation of John Peires’s historical account of the 1856/7 account of the ‘Conundrum of the Xhosa Cattle Killing’, which was written in English and then translated into isiXhosa, was employed as a stimulus to investigate the teacher-educators’ perceptions about indigenous knowledge and the school curriculum. A similar stimulus story indigenous to Kenyan teacher educators will also be used when I conduct data generation in Kenya.

My research employs a descriptive case study research design with questionnaires and a modified focus group workshop called an imbizo to further probe the issue of place and position of indigenous knowledge in the school curriculum. The particular focus on an imbizo as a data generation tool was motivated by the need to develop and utilize research tools and methodologies that are indigenous and reflect the African experience. In the Xhosa culture and other Nguni cultures, an imbizo is a formal gathering or meeting often called by the village chief to discuss pertinent issues in the community and to seek solutions to problems. An imbizo was deemed appropriate in this study and more fitting than the conventional interview or focus group discussion often used in scientific research because of the imbizo’s orientation towards seeking a local and authentic experience of a particular historic-cultural experience. The Kenyan equivalent of an imbizo is known as baraza and will be employed among the Kenyan participants.

The participants were invited to participate in the imbizo via email and face-to-face to allow for the personal African approach in building relations between the primary investigator and the respondents. I also visited the participants in their individual offices and introduced myself, said where I came from, why I was undertaking such a study, and told them why their contribution would be important in the study. I was anxious and nervous about whether they would attend the imbizo as it was the end of the semester and the lecturers were very busy with administration of exams but, to my surprise, I had 100% attendance!

I am pleased that this first data generation process via the imbizo approach was such a success. I also had the privilege of meeting the historian and author Professor Jeff Peires in Grahamstown from whom I learnt more about his writings on Nongqawuse. I am also thankful that I attended the Autumn School programme on research methodologies early in the semester as it prepared me for the proposal defence and the data generation experience. 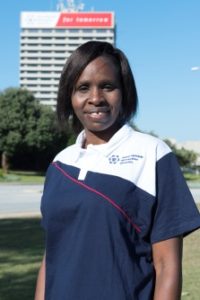