For the intake 2017 the selection committee of the SA-GER CDR selected 4 Master and 2 Phd Students out of 230 Master and 196 PhD applications to commence their studies at the South African-German Centre for Development Research in January 2017.

We hope that they will be able to start their studies in january 2017 in time, as current scholarship holders are severly affected by the student protests against the rais of student fees at South African Universities (8% increase was announced by the government) and the closure of the University of the Western Cape (UWC). UWC, like many other universities in South Africa, closed  in order to avoid violent riots. 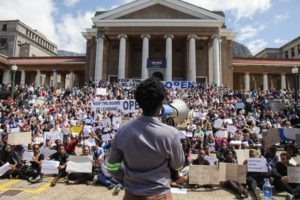 On the other hand a lot of students and as well parents demonstrate for the (re)opening of universities.
We hope that universities will open again soon and that the „fee problem“ will be solved in due time. 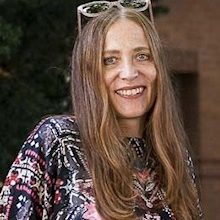 Coordinator of the SA-GER CDR Britta Niklas Ruhr University Bochum, IEE More blogs from this author
Category:
SA-GER CDR
Workshop Report: Civilizing Resource Investments and Extractive Industries: Societal Negotiations and the Role of Law – 22.-23.09.2016, at the Center for Development Research, University of Bonn How to put the image film of your center on your website?